The move marks the end of an era at News Corp. It is possibly the most radical shift in the history of the company, as the media empire that Murdoch built on the back of a single Australian newspaper suddenly breaks apart. Murdoch is also apparently stepping away from the newspapers he has cherished more than anything else in his company.

The new, as-yet-unnamed company will sweep up News Corp.’s newspaper titles in the US, Britain and Australia; the company’s book and education divisions; and other, smaller, non-entertainment-related properties. The company’s entertainment and broadcast titles — including its film and television studios, its holdings in satellite broadcaster BSkyB, and the Fox News channel — will form another, much larger company.

NEW YORK, NY – June 28, 2012 – News Corporation (NASDAQ: NWS, NWSA; ASX: NWS, NWSLV) today announced that it intends to pursue the separation of its publishing and media and entertainment businesses into two distinct publicly traded companies. Upon closing of such a transaction, shareholders would hold interests in a world-class publishing company, consisting of the largest collection of best-in-class publishing assets and a new digital education group, and an unmatched global media and entertainment company, each of which would benefit from enhanced strategic alignment and increased operational flexibility with respect to an unparalleled portfolio of assets, brands and franchises.

News Corporation’s Board authorized management to explore this separation after a Board meeting yesterday.

The proposed transaction would create global category leaders in both publishing and entertainment: a publishing company, which would be comprised of News Corporation’s newspapers and information businesses in the U.S., U.K., and Australia, the Company’s leading book publishing brands, its integrated marketing services company, its digital education group, as well as its other assets in Australia; and a global media and entertainment company, which would encompass News Corporation’s broadcast and worldwide cable networks, leading film and television production studios, television stations and highly successful pay-TV businesses in Europe and India.

« There is much work to be done, but our Board and I believe that this new corporate structure we are pursuing would accelerate News Corporation’s businesses to grow to new heights, and enable each company and its divisions to recognize their full potential – and unlock even greater long-term shareholder value, » said Rupert Murdoch, Chairman and CEO of News Corporation. « News Corporation’s 60-year heritage of developing world-class media brands has resulted in a large and unparalleled portfolio of diversified assets. We recognize that over the years, News Corporation’s broad collection of assets have become increasingly complex. We determined that creating this new structure would simplify operations and greater align strategic priorities, enabling each company to better deliver on our commitments to consumers across the globe. I am 100 percent committed to the future of both the publishing and media and entertainment businesses and, if the Board ultimately approves a separation, I would serve as Chairman of both companies. »

News Corporation believes that a separation of the businesses into distinct public corporations with their own identities and strategies would enhance overall shareholder value and allow each company to:

Focus on and pursue distinct strategic priorities and industry-specific opportunities that would maximize their long-term potential.

Benefit from greater financial and operational flexibility and better position each company to compete.

Tailor its capital structure, and allocate and deploy resources in a manner consistent with its strategic objectives that best enhances value for its respective shareholder group.

With more focus devoted to each business’ financial and operational structure, investors would be able to more clearly evaluate the inherent value of both portfolios of assets and invest in each company accordingly.

The new global media and entertainment company that would be created through the proposed transaction would consist of News Corporation’s highly-profitable cable and television assets, filmed entertainment, and direct satellite broadcasting businesses, including Fox Broadcasting, Twentieth Century Fox Film, Twentieth Century Fox Television, Fox Sports, Fox International Channels, Fox News Channel, Fox Business Network, FX, Star, the National Geographic Channels, Shine Group, Fox Television Stations, BSkyB, Sky Italia and Sky Deutschland, among others. As a pure-play content producer and distributor, the Company would build on its deep heritage in developing incredibly strong, premium content for distribution on screens of all sizes by leveraging its leading content across its entertainment and cable news verticals, as well as its unparalleled collection of regional sports networks, and the industry’s leading movie and TV production and distribution company. In addition, the entertainment company would benefit from its rapidly growing, high-margin cable network and pay-TV assets, and the distribution capabilities and opportunities associated with its unrivaled global footprint with significant scale across North and South America, Europe and Asia.

The new global publishing company that would be created through the proposed transaction would consist of News Corporation’s current publishing businesses, as well as its book publishing, education and integrated marketing services divisions. The new publishing company would create a scaled publishing platform that would be one of the best capitalized in the industry. The publishing company would have the opportunity to leverage its trusted brands for innovation and value creation across all traditional and digital platforms. The publishing company would incorporate some of the world’s most successful print, digital and information services brands including Dow Jones, The Wall Street Journal, Dow Jones Newswires, HarperCollins, The New York Post, and The Daily, as well as offer the rich diversity of assets in Australia, including leading brands such as The Australian, The Herald Sun, The Daily Telegraph and The Courier Mail. In addition, the Company would include The Times, The Sun, The Sunday Times, as well as News Corporation’s integrated marketing services group and its ground-breaking digital education group, including Wireless Generation. With a balanced portfolio of stable and growing news publishing brands and other assets, shareholders would benefit from strong and consistent free cash flow generated by these businesses, over multiple platforms.

Upon closing of the proposed transaction, News Corporation’s shareholders would receive one share of common stock in the new company for each same class News Corporation share currently held. Following the separation, each company would maintain two classes of common stock: Class A Common and Class B Common Voting Shares.

Upon closing of the proposed transaction, Rupert Murdoch would serve as Chairman of both companies and CEO of the media and entertainment company. Chase Carey would serve as President and COO of the media and entertainment company. Over the next several months, the Company will assemble management teams and Boards of Directors for both businesses.

The separation is expected to be completed in approximately 12 months. Management is developing detailed plans for the Board’s further consideration and final approval. To execute the transaction requires further work on structure, management, governance, and other significant matters. After receiving final approval of the Board of Directors, News Corporation will convene a special shareholder meeting to consider the transaction. This meeting is not expected to take place until the first half of calendar 2013. During the closing process, News Corporation will remain focused on delivering the best possible results for the benefit of its consumers, customers and shareholders.

In addition to shareholder approval, the completion of the separation will also be subject to receipt of regulatory approvals, opinions from tax counsel and favorable rulings from certain tax jurisdictions regarding the tax-free nature of the transaction to the Company and to its shareholders, further due diligence as appropriate, and the filing and effectiveness of appropriate filings with the U.S. Securities and Exchange Commission. The Company will provide interim updates as appropriate. There can be no assurances given that the separation of the Company’s businesses as described in this announcement will occur. 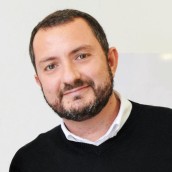